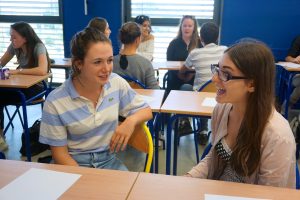 I’m Marie Vernin, I’m 16 and I live in Meyzieu in the suburbs of Lyon. I’ve one sister who’s 13 and I live with her and my parents in a house situated in a residential neighborhoud.

I don’t have any other origins but Frenchones. I speak French for sure and I learn German an English but I’m not fluent, so this is why this exchange is a good way to improve my English.

For me the most exciting thing about hosting a Swede or a foreign person in general is to explain our way of life, our traditions, and try to change the potential stereotypes about French people that they believed before coming ; Learning about the differences and about the Swedish culture too, but I will learn much more when we will go there.

My relationshp with Maryan is great, interesting and rich in sharing. Maryan is a nice and curious person, and even before meeting, she asked me about French habits. It was enjoyable to have her discover everything because she was always listening, enjoying and never afraid (even for eating snails!)

I didn’t notice a real difference between us because Maryan immediately adjusted herself and the only thing which that was really visible was the fact that French people are really more expressive people, noisier and more excited sometimes, than the Swedish people who are funny but at the same time quiet calm and their reactions are less intense than ours. I really became aware that French people are in general very expressive.

I learnt that Swedish pupils finish school around 15 and that they eat much earlier than us, about 17, and they eat less but more often, their dish aren’t as big as ours. Maryan told me that there isn’t a complete transport network with subway, tramway, bus like ours even in the biggest cities. There are some trains to connect cities to each other.

Maryan speaks very good French, so she could speak with my parents and my sister easily, and my father and I could shift to English if needed. When I had to do stuff, they spoke together and they got on really well. My parents did their best to have her discover French gastronomia.

Hosting maryan was a great experience! I’m not used to hosting much and living one week with a motivated, interested and enthusiastic foreigner was a pleasure. 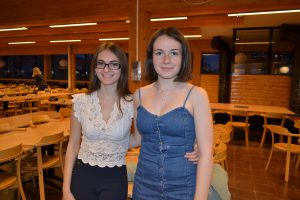 My name is Maryan and I study natural science at Ullvigymnasiet. I come from Syria which means that my mother tongue is Arabic. I also speak Swedish, English and basic French which I am trying to improve because it is the language I like the most. 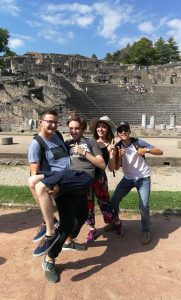 French family looks like and discover the home habits and routines. My relationship with my exchange student, her family and even with the rest of the Swedish and the French group evolved after all the activities we did together. My relationship with the host family evolved the most during the weekend because we really got the time to talk and get to know each other much better. It was a special weekend in Lyon with festivals, parades, and many famous and beautiful buildings open for public visits. My host family was so gentle and showed me around in Lyon. We even ate typical Lyonnais food in a cozy restaurant. It was a really good moment for talking and always making comparisons to the Swedish and also Syrian culture and habits. 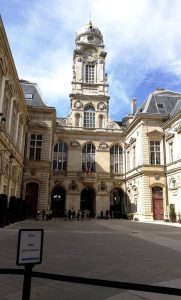 One of the biggest challenges during the week was the French language. I tried to speak French as much as possible but many times I made mistakes and I didn’t really understand things. When people noticed that I understood a little, they began talking to me as to a native speaker and I always had to ask them to speak slowly and repeat what they had said. Many times I said the wrong things which was a bit embarrassing, but funny sometimes.

Many things surprised me in France. The biggest thing was that the students are well integrated at school. We noticed no difference between native French people and immigrants. I even noticed that French people are more open and enthusiastic than  Swedish people. Usually, in Sweden, we like to give a hint about things but the French people like to get straight to the point. That is why we faced some misunderstandings during the first days.

There are also huge differences between the French and Swedish school. One 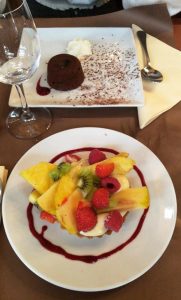 of them is that the French school is definitely more strict than the Swedish one. The teachers are more dominant in the classrooms and the students are not given the same liberty and space to take their own responsibility.

This week was without any doubt one of the most instructive weeks of my life. I learned a lot and this was a once-in-a-lifetime experience. I am so thankful to have been spending these days with a very generous and gentle host family that gave me the opportunity to discover the French culture and get a lot of knowledge about France, the country I have always been dreaming about. And Lyon, I loved this amazing city with its mixture of history, charm, coziness, lovely buildings and last but not least incredibly delicious food. It is a city full of life and energy.