May, 2019. Invitation to the exhibition at the Toboggan, Décines. 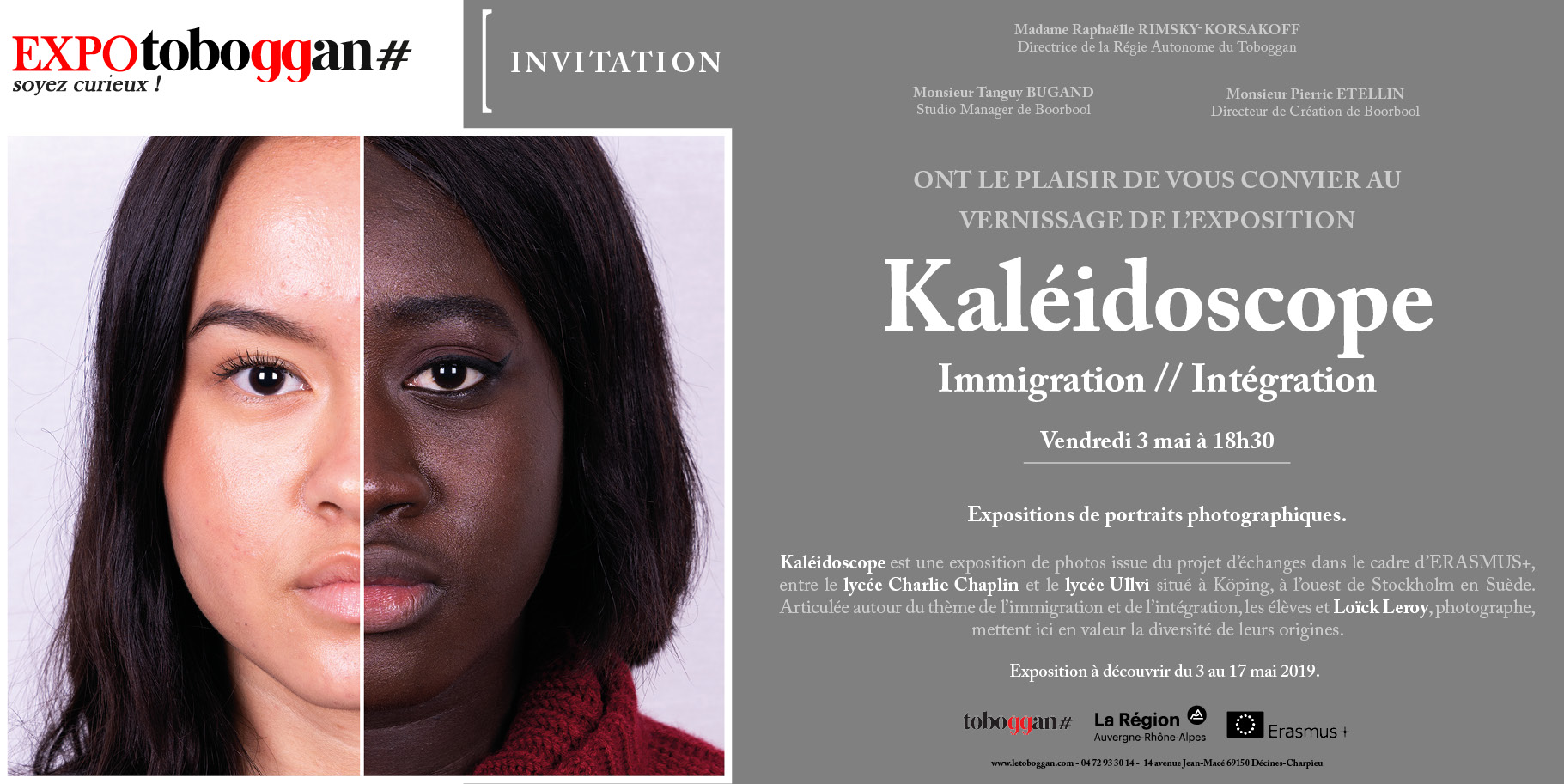 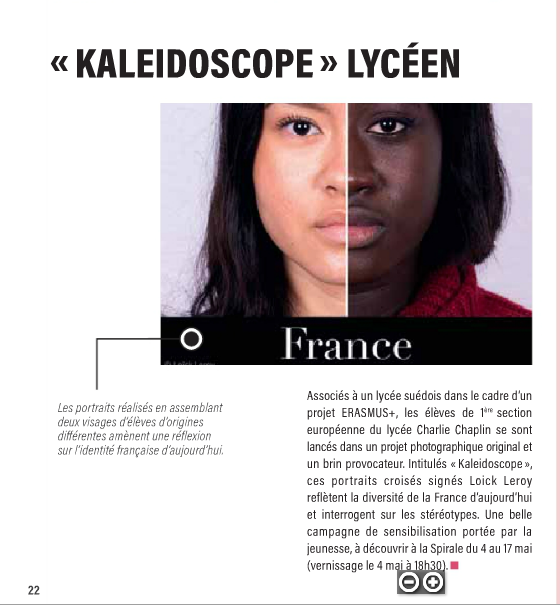 here’s the link of the TV Report :

From Lyon to Koping – students talk about the differences and similarities 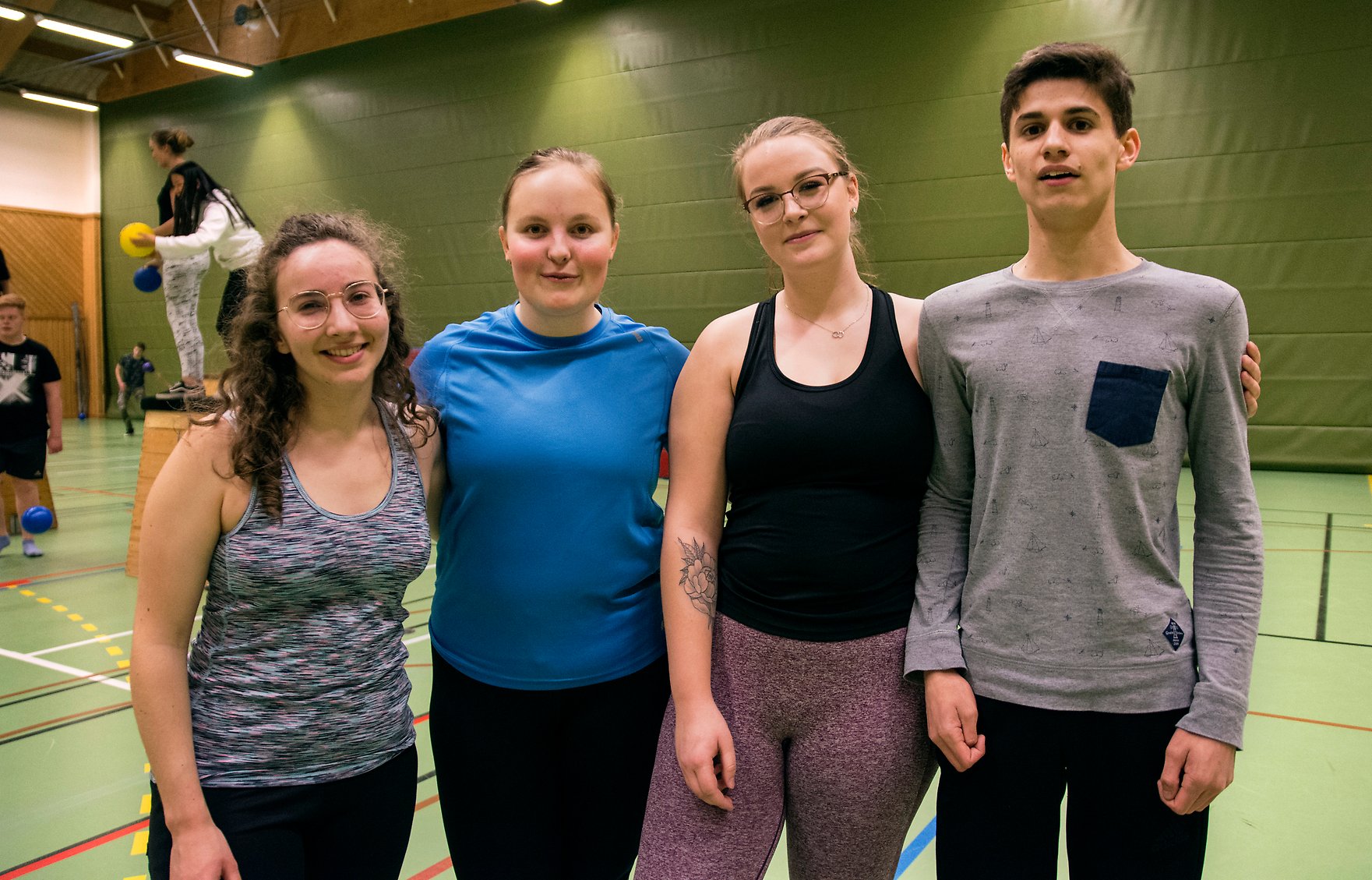 More than 20 French students visiting Ullvigymnasiet for a week. It is part of an exchange where the Swedish students went to France last autumn. Young people see some differences between countries and schools – but also similarities. “This opens your mind,” said the French student Axelle Nangea, 17 years.

Ullvi hall echoes of laughter and shouts of Swedish, French and English. Students participating in the exchange between Ullvigymansiet and the French school, Charlie Chaplin outside Lyon has just started with Monday’s sweaty activity: running an obstacle course.

The French students are in Koping throughout the week 14. Each live with a Swedish student.

– You can learn about different cultures and get something back, to see the benefits and things that can be changed. This is also true when you look at yourself and your personality, this opens your mind says Axelle Nangea.

– The friendship is the best. We make friends for life and learn from each other as well, says Ullvi Eleven Aisha Cooley. 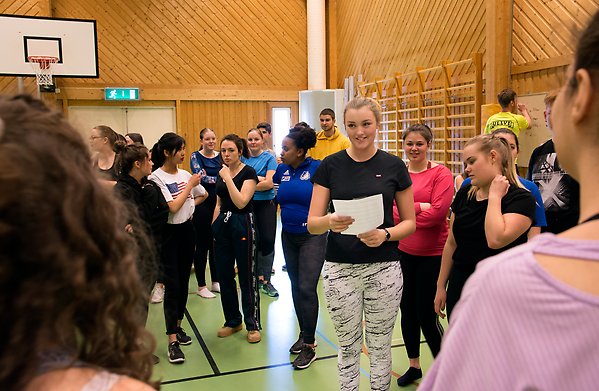 More than 20 French and some 20 Swedish students participating in the exchange. On Monday it was time for assault Ullvi Hall.

Ullvi Gymnasiets exchange with the French school is made possible by EU funding from the Erasmus plus. The theme for the exchange, integration, which is evident among other Friday when students attend a lecture and discussion about immigration in Sweden and France in the last 100 years.

The more than 20 Swedish students studying on care and care program, Children and Recreation Program, or go French course. Last fall, visited the Lyon area and staying with French families. 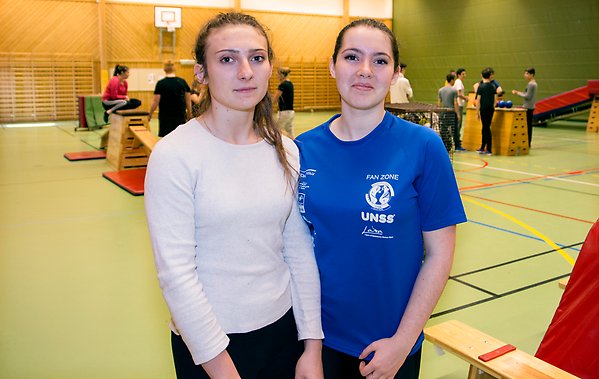 Manon Vencent, 17 years and Axelle Nangea, 17 years. They have a year left of studies and plans for the future: Manon want to study in a scientific topic and Axelle want to become a chef.

Åsa-Marie Burman, a teacher in Swedish and English, tells you what the exchange means for the students:

– They open up to other ways of looking at the world, they must try to live in another family and see that not everything works the same everywhere and that it need not be wrong – just different ways. They have more tolerance.

The French students noticed early in the week, some differences between countries:

– The food is quite different. And the way we eat. In France people eat fewer times but larger portions, we also eat later in the evening, at 8 am, said Axelle Nangea. 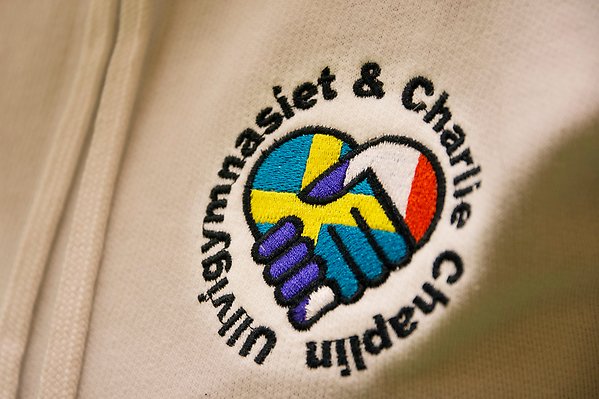 One of the French students designed this logo, which symbolizes the exchange between schools.

Even the Swedish students reflect on the differences between countries:

– Schools are the huge difference between. They have such respect for teachers and address them by their first name, says Aisha Cooley, 18, who goes on care and care program.

– Safety is also different. They must show the school passport when they enter the school. 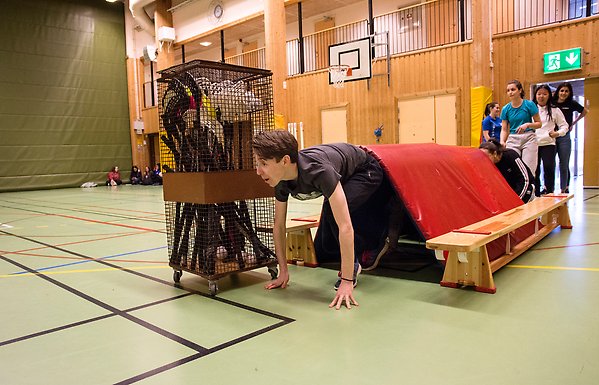 The French students are in Sweden Koping for a week. Ullvi Students visited Lyon area for a week last fall.

While they share almost the same age young people much. School day in France and in Sweden have many similarities:

– It differs not very much really: We’re all teenagers, and some have the same interests, says Isa Jansson.

– When they come home from school, they sit with their plug and eat food at night, just as we do. 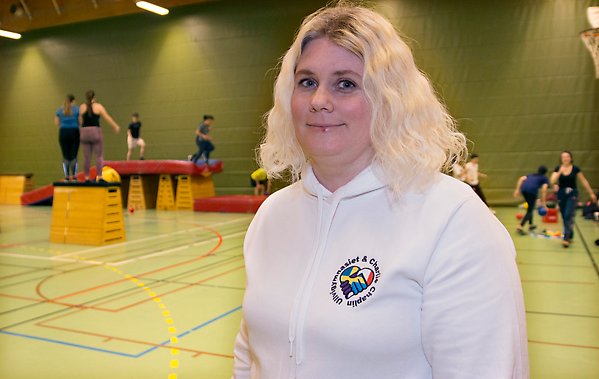 Åsa-Marie Burman’s teacher in Swedish and English on Ullvigymnasiet. She and the other teachers in the exchange has worked hard to prepare everything. “The biggest challenge is that it is quite difficult to get Swedish families to let a stranger into his home, perhaps because they have high standards for everything to be perfect.”

Fact: It happens during the week

The French students’ exchange week is packed with activities: 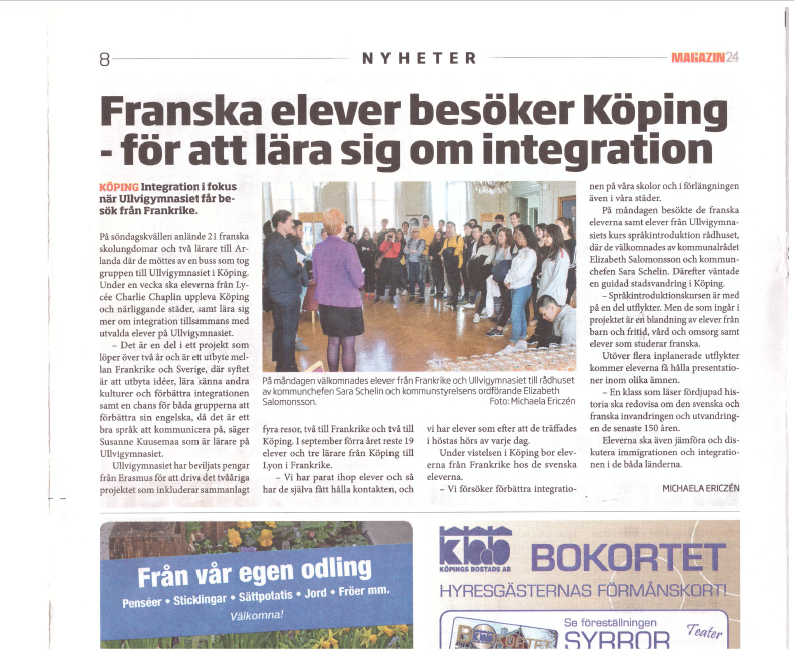