Just before Christmas, in Lyon, the Christmas market which is very famous in the city is established. This market takes place at Place Carnot, in the heart of Lyon, everyday from the 24th of November until the 24th of December. Lyon’s Christmas market has taken place every year for the last 17 years. This is the biggest of the region. It’s very beautiful even more at night because of the bright decorations. The smells immerse you in the Christmas spirit. There you can see the 140 wooden chalets decorated traditionally. It’s the perfect place to find your Christmas presents thanks to the vendors who are selling all sorts of handmade jewellry, clothes and other accessories, toys, christmas decorations, candles, christmas trees… Moreover, you can buy typical food like mulled wine, crepes, waffles, roasted chestnuts, spiced bread. Some activities are also organised during one month, about the chrismast theme like brass band, makeup stand, and different others. Besides, if you are lucky you can meet Santa Claus ! 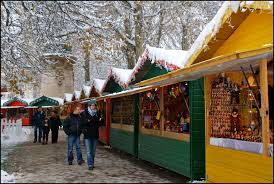 THE LIGHTS FESTIVAL  IN LYON 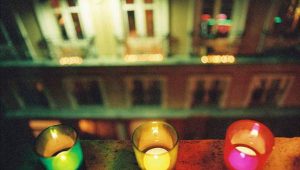 Every December 8th since 1852, the whole city of Lyon has been illuminated ! Indeed, around 8th December, the inhabitants celebrate the lights festival,  a famous and important event for us!  Nowadays, the festival lasts for four days and attracts tourists from all around the world.

On September 8, 1643 the municipal councilors promised to pay tribute to Mary if the town was spared from plague. The epidemic ceased and ever since, a solemn procession makes its way to the Basilica of Fourvière on 8 December, the Immaculate Conception feast day, to light candles and give offerings in the name of Mary. In part, the event thus commemorates the day Lyon was consecrated to the Virgin Mary.

The festival owes its popularity to the statue of the Virgin Mary erected next to the Basilica in 1852, overlooking the city. The inauguration of the statue was due to take place on September 8, 1852, the day of celebration of the Nativity of the Virgin. However, the flooding of the Saone river prevented the statue from being ready which led the archbishop and a committee of lay people, to move the date back to the 8 December.

Leading up to the inauguration, everything was in place for the festivities: The statue was lit up with flares, fireworks were readied for launching from the top of Fourvière Hill and marching bands were set to play in the streets. The prominent Catholics of the time suggested lighting up the façades of their homes as was traditionally done for major events such as royal processions and military victories.

However, on the morning of the big day, a storm struck Lyon. The master of ceremonies hastily canceled everything and pushed back the celebrations once more to the following Sunday. In the end the skies cleared and the people of Lyon, who had been eagerly anticipating the event, spontaneously lit up their windows, descended into the streets, and lit flares to illuminate the new statue and the Chapel of Notre-Dame-de-Fourvière, later replaced by the Basilica. The people sang songs and screamed “Vive Marie!” until late in the night. From this day, the celebration has been repeated from year to year. 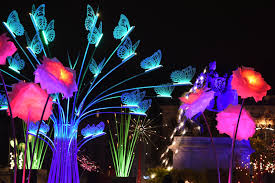 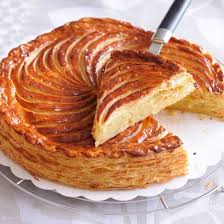 The Epiphany also called Theophany is a Christian feast day celebrated the Sunday following the new year. In 2019, it was the 6th January.

In the Christian religion, this occured when the Three Wise Men came from Orient to meet  baby Jesus Christ.

On this particular day, we eat a king cake or “une galette des rois” in French, made of puff pastry, in which we put “frangipane”: almond cream mixed with pastry cream. The king cake is eaten in France, in Quebec (Canada), in Acadia (Canada), in Switzerland, in Luxemburg, in Belgium and in Lebanon. However, today we can make different king cakes with fruit or chocolate. In this cake, there is a charm hidden, or “fève” in French and the person who finds it is called the “king”.

In France we have eaten the King cake since the XIV century,  at the beginning it was a bean that was hidden in the cake. 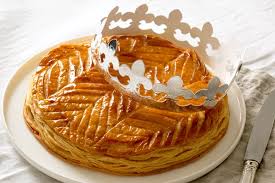 Another tradition, when we eat the king cake with children, is for the youngest to hide under the table and and say who each piece of cake is for.

Every year, 2 weeks before the Christmas holidays, our school organises a collection for an association called “Les restos du coeur” = ”the restaurant of the heart”. This charity was created in 1985 in Paris by Coluche who was a humorist. On september 26th 1985, Coluche  launched an appeal on the radio which aimed at generating the generosity of the French people’s generosity. It was named « les restos du coeur», Coluche’s action wasn’t meant to last so long, but unfortunately poverty has kept increasing in France, there were up to 8,8 million peo 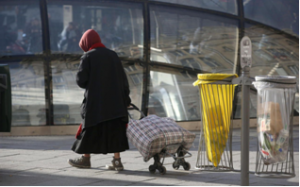 The figures are really alarming for a rich Western country such as France.

Collecting food and serving hot meals has become essential, it is a nationwide initiative.The restos du Coeur is a recognized charity

Each year the school asked pupil to give at least one thing destitute people need.

They give us a list of items like baby clothes, pasta, soap, cans of food…and each pupil can bring donations during 2 weeks.

Some pupils, who are members of the CVL (Conseil de Vie Lycéenne = students council, they are all elected by the pupils of the school), are in charge with this humanitarian aid. Many thanks to them ! 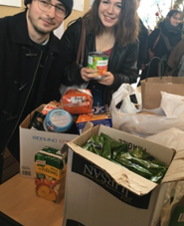 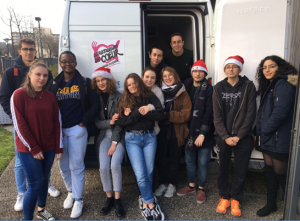