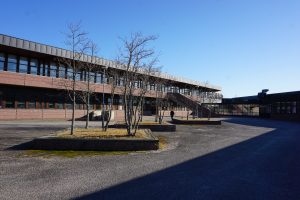 Today, after a long and exhausting journey, we spent our first day in Köping. In the morning, we all met at the high school and then had a tour of it. The school is really different from ours, there are several relaxing areas where students can talk and study which is super nice. It is also organized in different departments : the nursing one, the mechanic, the scientific, the academic ones… 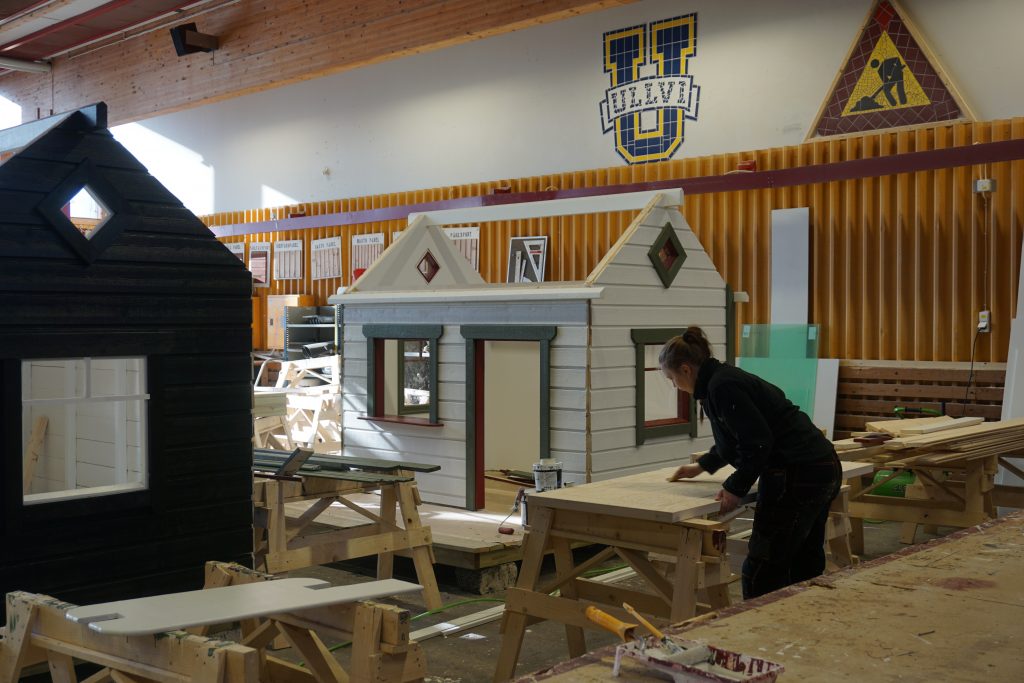 We then had classes with our penfriends, it was really different too. I had P.E which was super refreshing , I didn’t even feel the time going by . Then, it was time to eat at the canteen which really seemed like a challenge for us because we had to help ourselves which is so unlikely in France.
In the afternoon, we attended a presentation about the Swedish school system in small groups (Swedes and French mixed) and learned a lot like the fact that they don’t have a final exam similar to the baccalauréat. 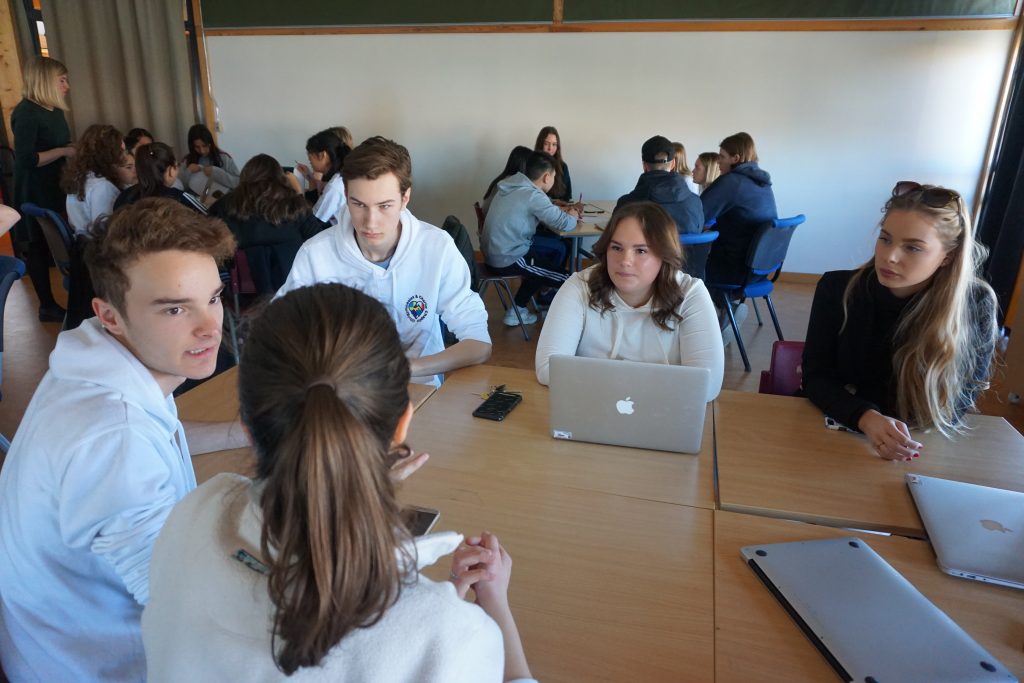 We then walked to the city hall and we had the chance to meet the mayor which was really an honour. After that, we went on a guided tour of Köping which made us explore both old and modern  neighbourhoods. 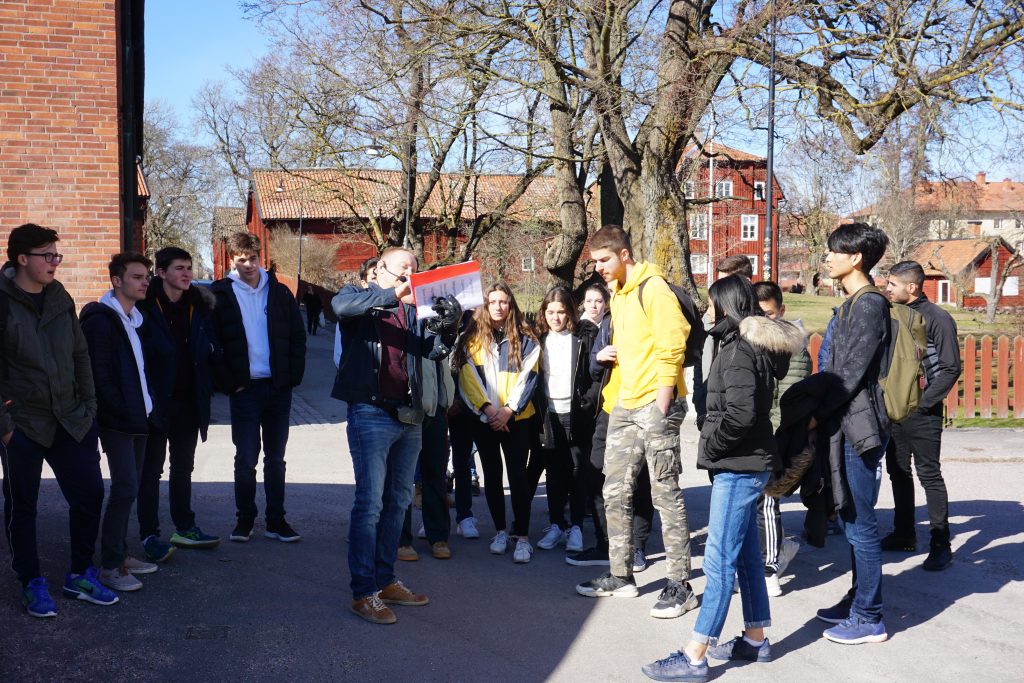 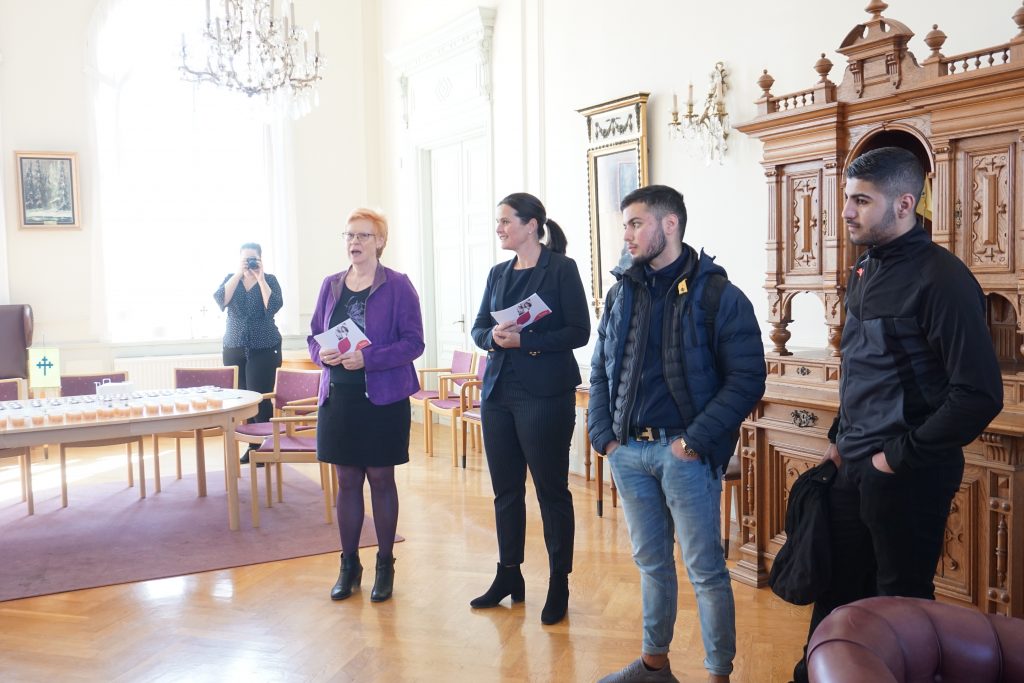 We finished by gathering in the gym to play some sporty games. We split up in teams. We had to run as many  rounds as possible while being thrown balls at. It was both tiring and exciting.
In the evening, we gathered in a park to grill marshmallows and to play games.

We all ended up really exhausted full of knowledge, and really happy about the new friends we had made.